Biological Reasons Behind The Pink Color Of Lakes In The World.

There are a lot of things in the world that makes us think, how is it possible. Differences from others make us curious to know the fact that is it magic? or is there any reason behind that confounded us.

The world has many lakes which have reddish-pink color.

I am here talking about the beautiful pink lake in the world. They are indeed absolutely beautiful. When I first read this in a newspaper in my childhood days I was thinking about how it would be possible.

Don't you think, do you?

Well, this post is unveiling the fact behind their pink color.

Reasons Behind The Pink Color Of Lakes In The World 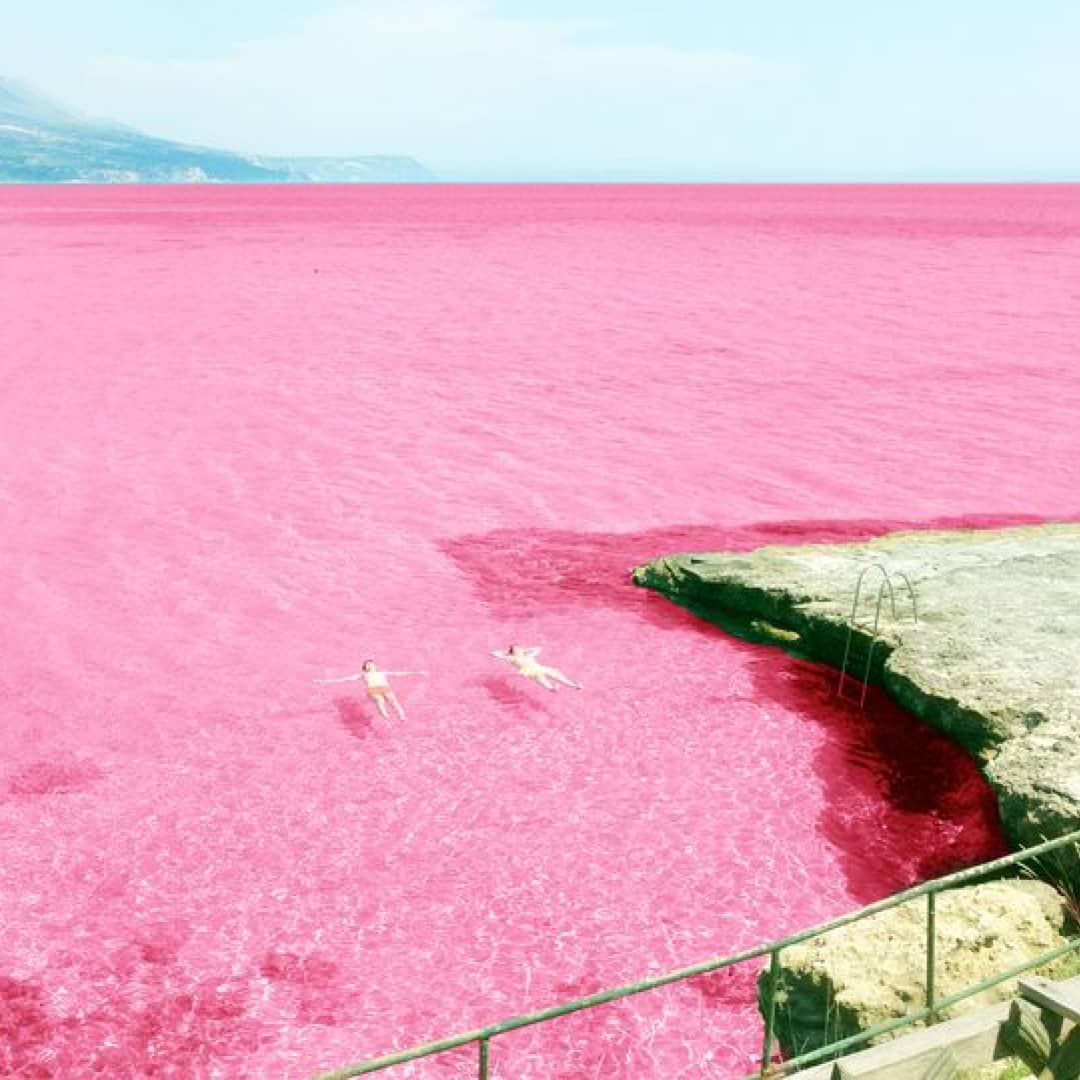 Lake hillier has a hue of strawberry milkshake.

Scientists found a suitable reason behind its pink color is that Lake hillier water body contains halobacteria and Dunaliella Salina which are microorganisms.

Dunaliella Salina is a halophile green microalgae that usually found salt-rich water bodies it has a significantly high concentration of beta carotene which protects it from intense light UV radiation that’s the reason why it appears pink and due to it whole lake look bubblegum pink.

On the other hand, halobacteria is also a salt bacterium that typically thrives in high salt concentration. This also possesses beta carotene pigment and that is the reason behind its pink hue. 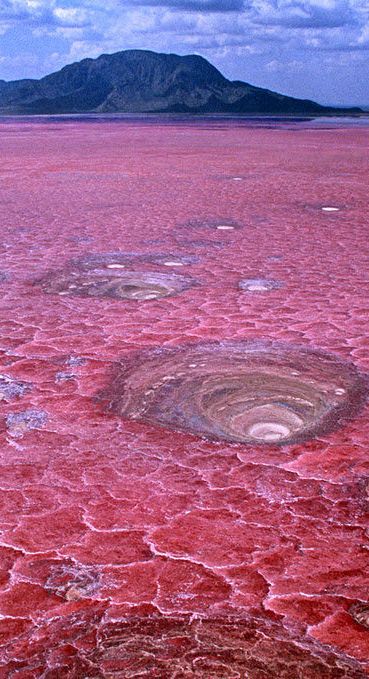 Lake Natron is a shallow lake, located in the Arusha district in Tanzania. It contains a mineral from which its name lake natron is derived; it is also known as soda lake and is famous for its red color.

For kind information, Natron is an amalgamation of hydrate sodium carbonate, and sodium bicarbonate.

The temperature is higher around 40 degrees celsius, higher alkaline level, 10.5 which is greater than sea alkaline level, makes harsh conditions thrive for any animal as a high level of water evaporation leaves the higher amount of natron behind.

Higher alkalinity invites such halophilic organisms who love alkane conditions and have ease to thrive on.

This condition is possible in dry weather when water evaporation is on the highest and salinity level increases simultaneously. And in such circumstances, halophile bacteria include some Cyanobacteria, Spirulina (green-blue algae with red pigment)  that start to thrive and make their food. Cyanobacteria red photosynthesizing pigment produces deep red color which gives this lake a red-orange color hue. So again, a pink lake in Australia. Hutt lagoon also is a saline rich lake that is responsible for the thriving of “Dunaliella Salina” containing beta carotene.

As we already know, this beta carotene pigment causes pink color which renders this bubblegum pinkish color to the lake. 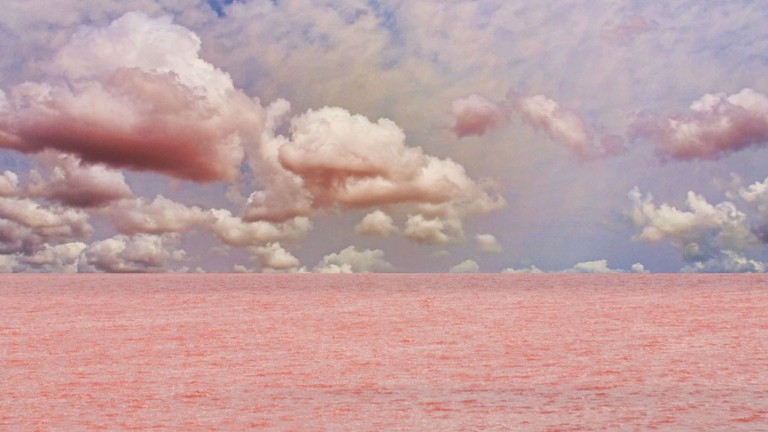 This rose-tinted lake is located in valencia, Spain. This high concentration salt lake is a reason for its pink texture. Due to high salinity, some rare plant species like alacranera (Arthrocnemum macrostachyum) and different types of Juncus, suaedas, salicornas, and salsolas could survive in the lake.

This lake is also loved by halophilic microorganisms like archaea and Dunaliella salina which gives a unique pink hue to the lake.

But high salt concentration and this microorganism combined cause intense smell from the lake. 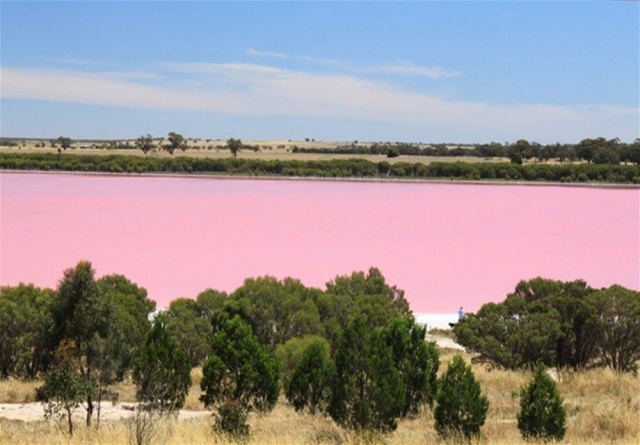 This lake is also known as Lac rose in locals due to its pink color. It also contains a high level of salinity which is the home of the Dunaliella salina which causes a pink color hue.

In the dry season, its salinity increases due to water evaporation, and the pink color are more visible in summer in comparison with the rainy season.

Due to salty nature, this lake lacks many living organisms so especially this lake is used for salt production. Also known as the Red lagoon because of its red color is a salt lake located in the Altiplano plateau, Andes mountain range, and close to the border of Chile.

This lake is plankton rich which attracts a large number of endangered "James flamingo".

Laguna Colorada is surrounded by the desert rocks and borax islands whose white color contrasts with the reddish color of its water.

And the lake's red color is caused by red sediments and some algae pigmentation.

So in conclusion, the ultimate reason for the pink color of the lake is its salty nature which attracts the halophilic microorganisms to live on and the mineral lake contains.

Hey, I am a passionate blogger. Always love to discover new things to know, write, and share.